Good Day for Pearls at Spikaroo

Pearls had adversity to handle at the end of the day at Spikaroo Tourney. The 13s and 15s, playing at MTSU Rec Center, were sheltered in locker rooms during a tornado warning. The 16s had to deal with part of court being taped off and being out of play, became known as 'no-no' zone, due to a leaky ceiling. But, all three teams were still playing at the in of the day with 13s winning 1st in Silver Bracket and 15s taking 2bd in Silver Bracket. The 16s made it to Gold Bracket and finished 3rd for the day. 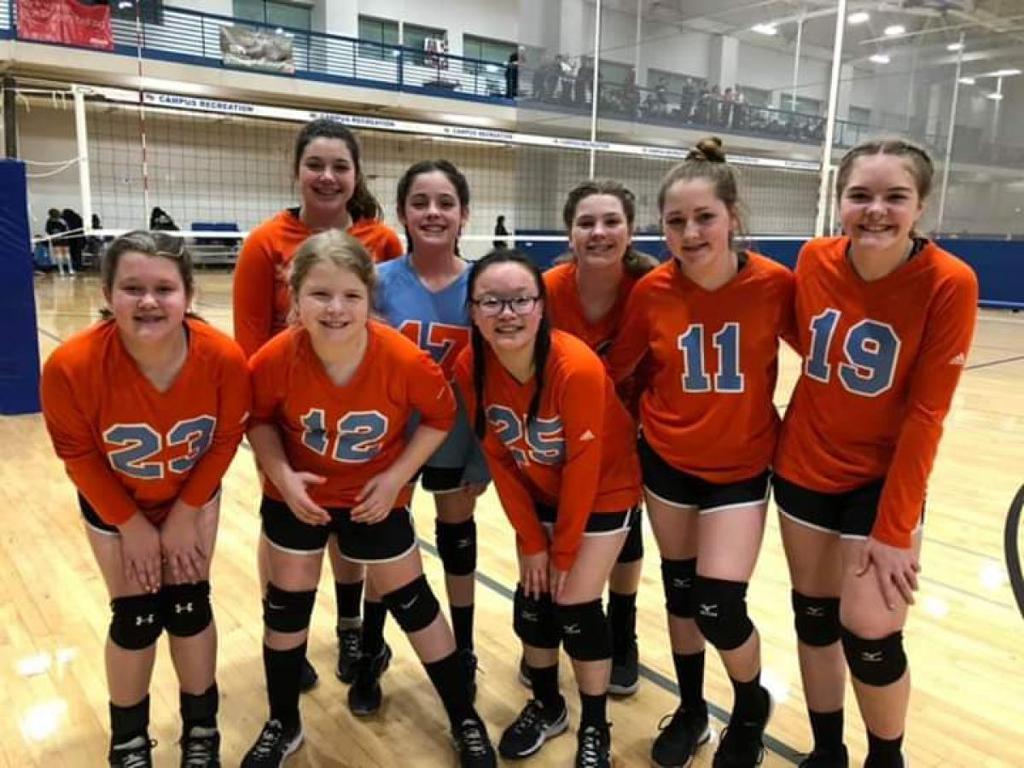